It is said that you can see the entire Minsk in two days. But really you don’t need to run to catch to see the sights because all Minsk it is a monument itself and you can see everything by walk. The city is a unique open air museum of Soviet architecture.

Old Town of Minsk is almost 900 years old. Part of the old buildings, such as the cathedral church and the town hall was renovated in recent years. But the center still is very young, because it was completely rebuilt after the Great Patriotic War (WWII) and the occupation of the city. Special attention has the buildings, which erected in the first decade after war. After this period, a large-scale development of residential areas started.

Here you can find characteristic like European cities, such as bike road along the river with very beautiful views and parks around. Almost everybody who had the opportunity to visit Minsk, notice that there is not rush as in other big cities, instead of this in Belarusian capital you can find quiet, clean, secure and comfort atmosphere and friendly people.

Weekend in Minsk : Cheap and Cheerful 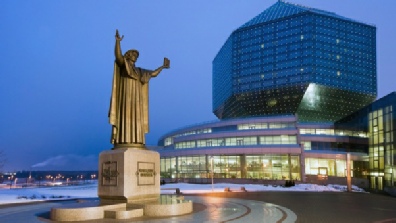 The no need of visa and the close location from Moscow makes Minsk a great place for a weekend of Muscovites, many of which they are going to the Belarusian capital at least once a month. Additional the location of Minsk in the center of Eastern Europe make it a very attractive place for Europeans who are looking something different and extraordinary travel. Minsk has good direct flight connection with many European cities but is also easily accessible by train or bus from Vilnius, Riga, Warsaw and nearby European cities. For more information about flights please check our page: Direct Flights

From Moscow to Minsk there a lot of trains, the distance is 7-10 hours depending on the speed of the train. For those who prefer the airplanes, the flight takes only 40 minutes, just add to the time you will need to go to the airport for your departure and then the road from the airport " Minsk- 2" to the capital which is about 42 km. You can reach the city by taxi or bus.

Most low cost taxi services you can call on the numbers 107, 135, 152. Notice that all taxis should have taxi meters. The cost of one kilometer in the city start from 3500 to 5000 BYR, the trip from the airport to the city center will cost you about 25 EUR at the regular tariff.

Where to change currency

Hotels vs Apartments per day

In Minsk, the problem is to find cheap hotels like you can find easily in Europe. If the price is low probably mean that the hotel most likely located far from the center and will be in medium condition. This problem come to solve the independent renting apartments which easily you can find and rent per night. In internet you can find one room apartment in very good condition from about 35 EUR per day. The best locations to rent a apartment is in Nemiga, Oktobryaska, Victory Square, Lenin str, Internasyonalnya and Karl Marx street.  By the way, all the people that rent an apartment, work officially and make agreement with the state, so if you’re not going for rest, and you are on a business trip , you can ask for an invoice like in a hotel.

Try Draniki with pancake with mushrooms, Mochanka and Kolduni, then drink non-alcohol Kisel and Kvass or alcohol "Zumbrowfka" where is possible to find in traditional restaurants and cafes. Generally, the food prices are low. Some nice traditional places to eat are Vasilky, U Franziska, Rakovsky Brovar, Gosti all located in the center of the city.

Please note that in Belarus in many cafes there are not allowed to smoke but if you search you can also find some smoking places.

If you want to eat very cheap and to feel the Soviet time atmosphere you can go in shop Centralnyi (near metro station Oktobryaska, next to McDonalds) there you can take glass of juice or Kefir and cake and eat standing near bar table overlooking on main prospect (avenue). Fans of the communist ear can also cheaply eat in Soviet style Stalowe (Soviet style cafeteria) that you can find a lot in universities and state factories. There you can have full 3-course meal for 3-4 EUR and you can buy just like in 1981 - boiled chicken with skin, tasty soup from bones, juice and traditional Soviet drink Kompot. Even waitress seems work from those times.

Please note that in Minsk they stop selling alcohol after 23:00 and work only few all-night product stores. In the center are hypermarkets Korona (street Kalvayriyskaya , 24 ), Preston (street Bogdanovich 153) and Europejski ( Independence Avenue, 117). The other shops close between 21:00 and 23:00. 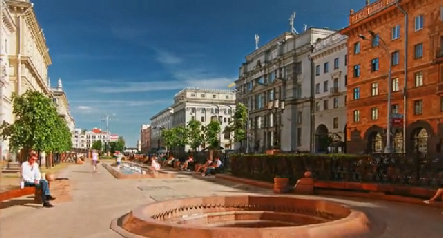 Minsk was totally damaged during the war, so almost nothing left before war times but you can enjoy architecture style "Stalinki" (Stalin time), which is built in all center of the Belarusian capital .

Monument of Lenin is located in Independence Square and GUM hasn’t changed from 50’s when was first time built. City guide you can buy at any kiosk.

The center of Minsk is small, the rest of the city is residential and industrial areas. You will also be fascinating to see the sights, which are very convenient settled on the two main avenues of the city - Independence and Pobiditely. In the center of Minsk is very pleasant to walk - you can see small houses in Trinity Hill area that was built on the second half of 20 century and Svislach river banks.

Independence Avenue is going through the entire city. If you are too lazy to walk through it by foot, you can take the city shuttle bus number 100, which goes very slowly like would a excursion bus, on this bus you will go from Nezavismosti square ( there is monument of Lenin and Government building) to the National Library ( Independence Avenue, 116), which built in the shape of diamond and has 73 meter high and has became the most fashionable tourist attraction in Minsk the last decades. In the evenings, library shinning with light show and looks like amazing. It has an observation platform, and is one of the most top recommended places to go in Minsk, there you can enjoy amazing views of the city. It also recommended to visit the famous Gorky Park ( Independence Avenue, 84) which you can take a ride from ferris wheel. On the way you will see Victory Square with the famous Stella (obelisk). By the way, in Gorky Park you can find another attractions and prices are very low.

Lovers of Theater, Opera and Ballet will like Minsk very much, the prices for tickets in local theaters are very low starting from 3 EUR to 30 EUR. You can buy tickets directly in the theater before performance or from the internet which you can find also the best prices. The most recommended place is the National Opera and Ballet Theater, that was renovated not so long time ago. We suggest you to buy your tickets in advance because it is all time full. Another place you can visit is the Russian Drama Theatre ( Volodarskogo 5) and Belarusian Theater named Yanka Kupala. Theater and concert tickets are also sold in kiosk in metro station "Oktobryanska" and at metro "Yakuba Kolasa", in this metro you can see nice square with fountains and the monument of the poet Yakub Kolas. Opposite the square is located the state shop CUM.

The Museum of the Great Patriotic War ( Independence Avenue, 25a) it is located on the side of Oktobryaska Square and has a few floors, with artifacts and documentary evidence of the war, sure you will be impressed with visiting this museum. The National Art Museum ( Lenin Street , 20) it become so nice after repair that bridges goes to make their wedding photos there.

Public Transport
In Minsk, there are two metro lines and most of stations are beautiful decorated, the ticket for one way trip it costs about 0,20€ like the same ticket prices for other public transports (tram, bus). The transportation system is well organized with accurate times and frequently schedules. Public transportation stops working at 00:00 and metro at 01:00 am.

In Minsk there are many night clubs, with popular music that works till 06:00. In the weekend all places are usually very busy and it will be good to book a table in advance. Mainly bars are closing at 02:00, the most famous places are Gosti, Uratusi, Gambrinous, Gvozd, Doodah King in some of them there is live music. The most fashionable Minsk clubs are Black Door, Next and Dojari. In many clubs during the weekend nights they have striptease show or other entertainment program. 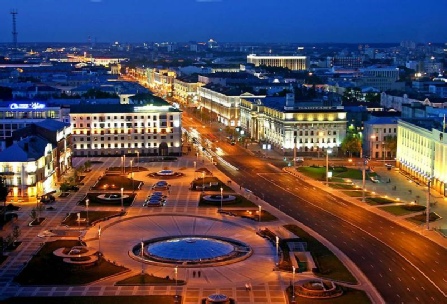 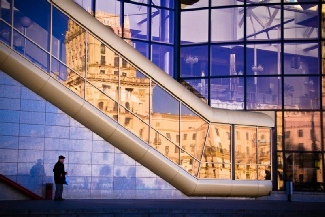 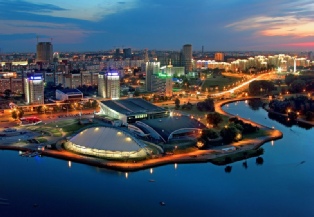 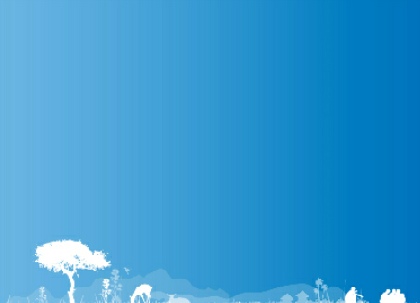